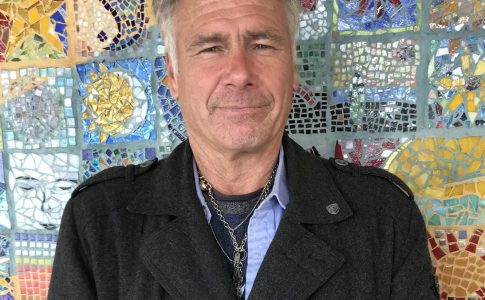 One day, Alex was going to give up. A veteran, Alex had had a stable life and an apartment on 30th Avenue. But over the course of several months, a series of personal crises forced him out of his home. Try as he might to find another place he could afford, he eventually found himself without options. For the first time in his life, Alex found himself experiencing homelessness.

Alex was able to find places to stay with the help of veterans housing programs, but they were all short, temporary assignments. While trying to settle in at various locations, Alex kept looking for a permanent home, and reached out to various agencies for assistance and support. More often than not, providers didn’t follow up with him, which led to him feeling discouraged and ultimately, hopeless. He didn’t know what help was out there and no one seemed to be able to explain it to him, and he eventually got to the point where he felt like ending his life was his only remaining option.

It was at that moment that Evan Morrison, Supportive Services for Veterans and their Families (SSVF) Outreach and Intake Coordinator, stopped Alex from harming himself and had police give him a ride to a shelter. The next day, Evan brought Alex to Housing Matters and they were able to get him a space in the Paul Lee Loft. This time, Alex found the support he’d been searching for. With the SSVF team offering him support every step of the way, Alex was able to move into an apartment the following month.

Now, Alex is utilizing the food bank to make meals in his own kitchen and is working on saving money. On top of that, having his own place has given him the space feel more creative, he says, and he’s started painting again. Now that his life has regained some stability, he’s looking into returning to school to pursue a degree in computer technology.

“You saved my life,” Alex said. “I feel much better about myself again. Thank you.”